This research study was to create an understanding on the topics learnt in the class and check my ability to relate, analyse and evaluate those understandings to more rational platform from an economical perspective.

1.1 The role of the New Zealand government in the economy. (Learning outcome six)

The New Zealand government is involvement in its local economy through its objectives to develop and deal with issues relating to economic growth, price stability, full employment, fair income distribution and maintain a balance of payments in its economy. The government’s role is to control those economic activities and interactions between the individuals and the firms who are involved in business performance with each other .Some of these directives are through general guidelines and policies, like the laws, which brings people together to the same platforms who wish to operate business in the community implemented by the judicial systems of the New Zealand government.

This article is related to price stability under government objectives and trade-offs. Price stability is where in an economy the price either changes slowly or do not change at all. Employment and inflation are major factors affecting price stability. This price stability theory simply means if there is increase in annual price or interest, this would lead to fall in revenue. 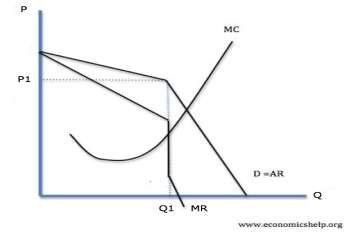 The graph above shows and suggests that price will be stable.

The implications of the article for the New Zealand economy and on the individual is that full employment leads to low demand of unemployment and a massive growth is expected in New Zealand’s farming industry by next year of jobs adding up to 83% in nationwide. Full employment would improve standard of living of people in economy as it will alleviate poverty. Which means many people would be able to afford for the goods and services resulting in an increase in their spending in the economy and increase on GST payments to the government of New Zealand.

Therefore it can be said that increase in employment will benefit New Zealand while taking consider to the economy’s balance of payment, interest rate which has a direct and massive impact on New Zealand’s foreign investments and trades off.

This article is related to fiscal policy. It is government spending and the taxes used to inspire the economy and influence aggregate demand and the level of economic activity in various sectors. Fiscal policy can be used to stabilize New Zealand’s economy.

The implications of the article for the New Zealand economy and on the individual is that macroeconomics variables can be affected. The level of economic commotion, Reserves and Investment in the economy, the circulation of income is affected mostly on government spending and taxes. This fiscal theory can also lead to employment.

This article is related to monetary policy. Monetary policy theory defines it as a strategy taken by the nation’s Reserve Banks or the Central Bank, or any other allocated financial institution of a country to controls and maintain their supply and the availability of money or finance in its economy, together with what the interest rates to be established in order to accomplish its set of objectives outlined towards growth and stability of its economy.

The aggregated supply of money is depicted by the monetary policy. It is the contributing factor in influencing the outcomes for the economy such as its economic growth, its market price inflations or deflations, its foreign exchange rates in relations with other countries currencies’ which has a significant impact on its balance of payments.

6.0 A.)ADVANTAGES AND DISADVANTAGES OF MOVING TOWARDS FREE TRADE

The implications of the article for the New Zealand economy and on the individual is that a rise in the export prices compared to the import prices allows a more quantities of imported goods and services to be purchased with a specified quantity of exported goods and service to foreign nations, An increase in New Zealand’s terms of trade means that now New Zealand can buy more imports for the same amount of exports and hence would address its current account where a significant deficit in the balance of payment.

The advantages and disadvantages of moving towards free trade can become the purchasing power of the New Zealand has a direct impact on the nation’s economy growth where the income generated through the local produce exportation could be utilized into other ventures such as foreign investments and importing more capital goods which in return are utilized to produce more consumer goods. Hence creating an economy growth by increasing the employment rate, improving the living standards of the individual and creating a boost in the nation’s export market.

The implications of the article for the New Zealand economy and on the individual is that New Zealand is facing a significant imbalance in payments its current account where its import rate is higher than what it is exporting. In other words it is it is paying more money for its imported goods and services than it is generating through its exports resulting in a trade deficit crises. Trade deficit results when more money goes out of a country than what is being injected into the economy.

Relationship between foreign exchange and imports and exports

This article relates to the relationship between foreign exchange and imports and export under foreign exchange market. The price of one currency in terms of another is known as exchange rate. Trade deficit occurs when exports are less than imports.

The implications of the article for the New Zealand economy and on the individual is that having a bigger market scale to sell their produce to simply mean that a business would sell more and create larger profits for themselves enabling them to allocate higher wages to their employees and who in return are in a greater position to spend their money in local economy. New Zealand would experience a rise in the living standards of its citizens with an, increased real incomes resulting in a higher rates of economic growth. This would be created by a more competitions in local and foreign markets and an increase in the productivity level.

New Zealand can extremely benefit by its memberships in The Trans-pacific partnership negotiations where it can boost its export market while addressing to its current balance of payments deficits by creating more jobs, increasing its level of production and allocating its local resources in a more efficient and effective manner and thus creating a boost to its economic growth.