Limitation Of Gdp As A Measure Of Economic Welfare

The Concept of Gross Domestic Products (GDP) and Its Calculation

GDP is the abbreviation of gross domestic product. It refers to the market value of all the final goods and services produced by one country or region with the production factors in one year or in certain period of time (Gutierrez et al., 2007). It was first developed by the economist Simon Kuznets in the 1930s and has been gradually used by the governments of various countries to measure the total value of the output of the economy after the Second World War. Since then, GDP has been the indicator for the measurement of development level of the economy. It is an important index of the general situation of the macroeconomics, which reflects the developments of the economy.

GDP belongs to the field of the measuring of the aggregate economy. There are mainly three methods to calculate the value of GDP, namely, the production approach, the income approach and the expenditure approach. They reflect the results of the national economy from different views.

The production approach calculates the economic results by summarizing the total output values of all the sectors of the economy and subtracting the value of all the intermediate goods. The approach only includes the value added in the production process, so it is also called the value added approach (Viet, 2009). The second method is the income approach. It focuses on the income generated in the production process. Various production factors are involved in the production process and they can get the income per their relevant contribution to the economic activities. The summary of all the incomes of the various production factors is the result of the economic activities. For example, labors and capitals are the main factors used in the production. So their incomes, the wages and the interest constitute the main part of the GDP calculated by theincome approach (Viet, 2012). The expenditure approach calculates the GDP from the view of the final usages of the products and services. The results of the final products and services usually include two main parts, the consumption and the investment. And consumption covers the need from the household sectors, the government and the foreign consumers. So in the expenditure approach, GDP includes the household consumption, the investment, the government spending and the net exports. In practice, the expenditure approach is most common method used by the government of countries in the world. (Viet, 2011)

The Limitations of GDP

Generally speaking, the economic growth could bring the increase of people’s income, as well as their economic welfare. The per capita GDP is usually used to indicate the average level of people’s income in the countries. And it is also used to classify the counties of their economic development levels. But it cannot reflect the differences of the people’s welfare caused by the differences of income distribution. For example, for the man having no money at all, he could become a billionaire in terms of the per capita GDP when there is only he and Bill Gates in his country. But he is not likely to enjoy the same welfare as Bill. So GDP, or the per capita GDP masks the real situation of the welfare people really get (Bérenger and Verdier-Chouchane, 2007).

Besides, there are plenty of things in people’s welfare, not just the economic one. The leisure and family pleasure are also very important part of the welfare. People would have little time to spend with families when they are busy in producing the final products and services. The increase of the GDP does not mean the increase of people’s overall welfare.

Besides, what GDP does not cover is the non-market economic activities. Per the concept of GDP, it reflects the market values of the final products and services. For the products and services that are not exchanged on the market, their values are hard to evaluate. For example, the household works finished by the full-time housewives, like cooking, cleaning, and taking care of the olds and children, are not paid in by the family. So they are not included in the calculation of GDP. But if these works are done by the baby-sitters who hired and paid by the families, they will be covered by GDP, since they have the market values. In the developed countries, there is a high level of the marketization of the housework. The children will be sent to kindergartens, olds to the nursing home. People have more chance to eat outside instead of cooking home. All these works will be calculated in GDP. But in the developing countries, most of the housework is finished by the numbers of the family. And their efforts are not recognized by the market and the GDP. The same household works will make different contributions to the calculation of GDP in different countries. But for people no matter in the developed countries or the developing ones, these works increase their welfare (Bridgman et al., 2012).

GDP does not reflect the quality of the economic development

For example, the increase of GDP could not tell how the economy grows. There are usually three driven forces of the economy, the consumption, the investment and the exportation. If the increase of the GDP is caused by the consumption from the household sector, the quality of the economic growth could be considered as a good growth. But if it is mainly driven by the investment, especially the one in the real estate market or the infrastructures, the quality of the economic growth is worth to worry, since this kind of growth cannot sustain for a long time. The investment only increases the number of GDP, but not the welfare people could get.

When using GDP as the main indicator to assess the economic growth, there would be some strange things in the development plans and practices of the governments. They would have the motivation to investment huge funds in the building of the infrastructures, like roads, railways and airports, since these projects would generate great increase of GDP. And they don’t have to consider whether these projects are needed or not, which could cause the waste of the social and economic resources. Besides, accidents would be welcomed by the governments, since they also can increase the GDP. When there are accidents, the new vehicles or properties will be needed to replace the ones damaged in the accidents, which means the increase of the final products and services. But people’s welfare does not see any increase in these activities (Costanza et al., 2009).

What GDP provides is just the cold numbers about the amount changes of the economy. It cannot reflect the quality of the economic growth.

The environment cost and pollution

When developing the economy, it is needed to consume the natural resources from the environment. But the resources are limited. The excessive usage of the recourses in the current economic activities could bring the negative influence on the future development. And the economic growth is not sustainable in this model. But this cannot be reflected by GDP. Meanwhile, economic growth could cause the environmental disruption and pollution. These are also the costs of the economic growth. However, they are not included in GDP, since Mother Nature does not charge the price in humans’ economic activities. And the stupid humans will not calculate these costs until they pay for it.

The Replacements of GDP 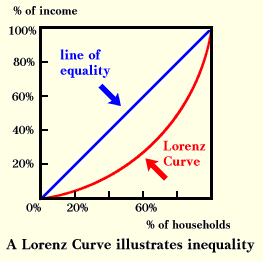 The gross domestic income or GDI is another indicator used to reflect the condition of the economy. It calculates the income generated by the economic activities, which includes the compensation of employees, the gross operating surplus and the gross mixed income. This indicator could be seen as the version of GDP calculated in the income approach (Fixler, Greenaway-McGrevy and Grimm, 2011). Since people’s welfare is largely influenced by the income level, so the changes of GDI could reflect the situation of people’s welfare.

The physical quality of life index is developed by David Morris in the mid-1970s. This index is consisted of three main indicators, the literacy rate, the infant morality rate and the indexed life expectancy. The average value of these three indicators is the level of the physical quality of life. This index is easy to measure and understand. But it does not reflect the complete contents of the welfare. And the excessive attention to the health indicators reduces its ability to give a full explanation of the welfare level (Bérenger and Verdier-Chouchane, 2007).

Bérenger, V. and Verdier-Chouchane, A., 2007. Multidimensional Measures of Well-Being: Standard of Living and Quality of Life across Countries. World Development, 35(7), pp. 1259–276.

Costanza, R., Hart, M., Posner, S. and Talberth, J., 2009. Beyond GDP: The Need for New Measures of Progress. The Pardee Papers No. 4. Boston: Pardee Center for the Study of the Longer-Range Future.

Viet, V.Q., 2012. Income Approach to GDP and Other Issues Relating to the Compilation of Household Income and Consumption Expenditures. International Workshop on Household Income, Consumption and Full Accounting of the Households Sector, 26-28 March, Beijing. China.