How Does Forbes Decide The Most Innovative Company 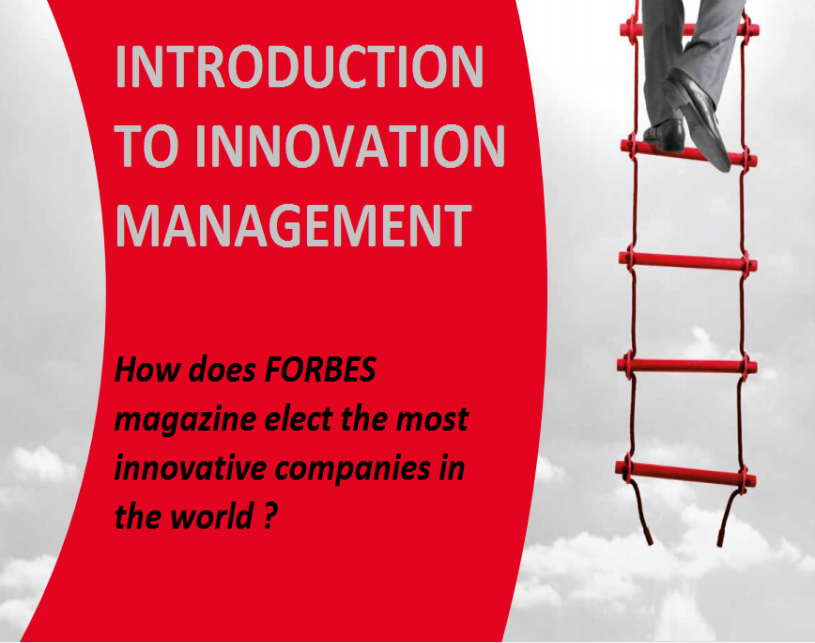 1) The Top 5 companies in the classification

2) The strength of these companies

2) How to maintain its leading position

Innovation is everywhere in the world of business. Better still, it is considered essential for sustainable economic development.

Innovation must be understood not only as the development of new inventions, but as the whole process for the launch of a new product on the market, the idea of development to its successful marketing.

These surveys provide, in effect, quantitative but also qualitative information on the various processes involved in innovative companies to identify much more finely the different dimensions of development of innovations.

Thus, the U.S. business magazine Forbes is known, among its various lists published annually, to classify the most innovative companies in the world.

This brings us to reflect on how does Forbes establish its ranking? On this fact, we begin first and foremost with the understanding of selection criteria on the Forbes magazine ranking, then the second place we speak of classified companies this year as the most innovative, and finally we will seek to analyze the constant changes in rankings from one year to another.

Forbes, “The World’s Most Innovative Companies” ranking is based on the measurement of “Innovation Premium”, a calculation that relates the value of the share price, investor confidence in the company and predicting future innovations (in terms of products, services and markets).

This ranking takes into account companies with a market capitalization of $ 10 billion and which has spent at least 2.5% of their income in R & D with 7 years of financial history.

To understand who are these innovative companies and make an identification method based on Forbes, there are five methods to identify an innovative company. So how can we objectively measure a company’s innovativeness?

Culture or “Philosophy” for Forbes, which allows answering the question: Does the company culture encourage innovation?

It takes into account, the organization of a company, its values, its hierarchical structure, its methods of work, its ability to facilitate collaboration rules, etc…

It is the process for measuring the innovation cycle since the discovery of an idea until it generates value realization.

The proper functioning (effectiveness and efficiency) of the four steps of innovation Process: Inspiration (Standby and capturing), Inception (change practices involved and adaptation), Ideation (Creating practical and feasible idea) and Integration (Execution of idea until its adoption by the organization, employees and customers).

It is the most quantitative measurement mode. These patents are particularly studied in several rankings, not only by Forbes.

Obviously, a company innovates to develop its results, improve the performance of its business, gain market share to walk or reduce its competitors, not only for the challenge of innovation.

In summary, innovation is a matter of novelty, buzz, efficiency and profitability.

II- The most innovative companies

1) The Top 5 companies in the classification

After analyzing the selection criteria, here are the top 5 of the list of companies that sit among the hundred most innovative companies in the world for year 2014.

This classification is derived from the new book called “The Innovators DNA” (Harvard Business Press, 2011), written by the US magazine Forbes and Professor Clayton Christensen of Harvard Business School. 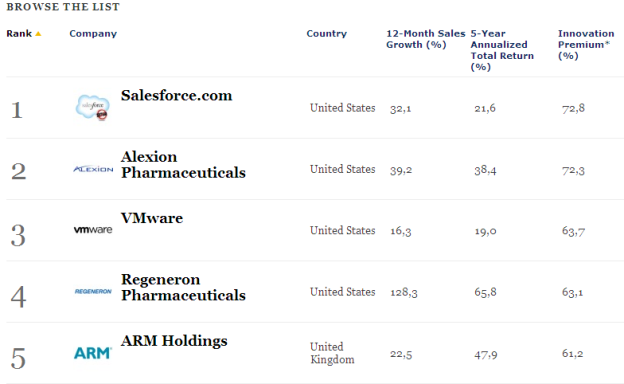 To no one’s surprise, the American groups figures once again in the majority of the ranking list (in all of the top four firms). Even though the classification concerns all industries, most of the companies on the top of the list are in software or pharmaceutical industry. Concerning the IT industry, it ranks the software vendor Salesforce in the first place, and the IT Company VMware in the third place. Concerning the pharmaceutical industry, the group Alexon Pharmaceuticals and Regeneron Pharmaceuticals are well positioned in 2nd and 4th place respectively.

2) The strength of these companies 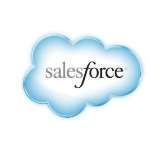 To better understand what a business needs to be regarded among the most innovative in the world, we seek to understand the heart of the success of the Top 3 companies in the Forbes classification:

It is in Cloud Computing, based in San Francisco in the United States. It distributes management software based on Internet and hosts business applications. She is best known internationally for its solutions in customer relationship management. The company was ranked as the most innovative company for the 3rd consecutive year. According to Forbes, the innovation of this company was initiated by its CEO, Marc Benioff. As a leader, he has a “DNA” of an innovator by having traits such as:

He is convinced that the 2.0 enables innovation. Therefore, he had the initiative that widespread a positive impact on society (including an increase of 73 % of Salesforce company’s revenues) by evolving his business from 1.0 to 2.0.

Marc Benioff once asked his company’s developers to abandon momentarily 50% of their current tasks to focus on transforming their work platform salesforce.com into a real social network such as Facebook. Many people were against the idea, but he insisted. The project resulted of Salesforce becoming a real “social enterprise”. It was then that Chatter is born: a social networking solution for businesses. It was prototyped in salesforce.com and now this solution is used by 100,000 businesses worldwide.

It is the company behind Soliris, a drug reserved for the treatment of paroxysmal nocturnal hemoglobinuria; it was approved by the FDA in March 16, 2007 and by the European Medicines Agency in June 20, 2007.

However, the company’s shares have risen 10% this year, while they had quadrupled during the previous four years. Investors fear as well as governments and insurers respond by refusing to pay $ 440,000 for the drug Soliris.

The power of Alexion’s innovation is its impact on our lives. Other pharmaceutical companies seek to imitate this company that focuses on the rarest diseases, such as drugs for children born without bones. The last 12 months of sales show an income of $ 1.3 billion, and earnings growth in the long term would be of 25%. 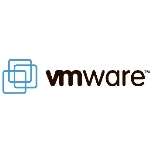 #3:VMware VMware is an American computer company founded in 1998, a subsidiary of EMC Corporation since 2004, which offers several proprietary products related to virtualization of x86 architectures. It is also by extension the name of a range of virtualization software.

This company is part of the list of the kings of virtualization, with clever software that can copy hard drives on multiple computers in a faster and more reliable method. Today the company also works on mobile.

III- An ever changing ranking:

Heavyweights of new technologies, Apple and Google are considered by the public as highly innovative companies. Each year, the two companies are launching new products and new services, sometimes in unexpected areas. This is for example the case of the Mountain View Company, which caused a sensation by presenting a prototype unmanned car and augmented reality glasses.

The two firms are thus perceived as having innovation at the heart of their concerns. But must still not agree on what is meant by innovation. Indeed, Forbes has a different vision of Google and Apple. If the magazine acknowledges that the two groups are far from being inactive, it does not see them as far as being particularly inventive.

The 2012 edition of the 100 most innovative companies in the world is very severe against the two American companies. They were ejected from the top 10 and have tumbled sharply overall. Google finds himself in 24th position and Apple in 26th place. A year ago, the two companies found themselves respectively in 7th and 5th position.

Does this mean that Forbes no longer perceives the innovation driven by these high-tech companies? The top 10 shows the opposite: Salesforce (software based in management in the cloud) tops the ranking, Amazon (e-commerce) is the third, Red Hat (specialist in open source) and follows behind Baidu (Chinese search engine) is placed in the 5th position.

Forbes explains how the 2012 rankings was madeâ€‹â€‹: it is based on various economic and financial criteria, not the number of new products unveiled each year, the volume of securities intellectual property ownership, investments in R & D or capacity to set the pace in a highly competitive sector.

“Our method relies on investors, who vote with their wallets, to identify companies that they believe will be innovative today and in the future,” writes Forbes. In other words, Google and Apple are not properly classified because investors do not believe greatly in their potential to go beyond their sphere of influence and win new customers, new markets.

How Forbes has arranged its ranking of innovative companies will inevitably be discussed. But Google and Apple have little to worry about in the end. They are two companies with an exceptional attractiveness. The ranking of student’s favorite companies shows: Apple and Google are consistently in the top 5.

Business schools and management, universities, engineering schools… Apple and Google have at hand large tanks workforces that can just bring energy, creativity and innovation within them.

2) How to maintain its leading position

Innovation is an increasingly high priority for companies. Historical record, 77 % of executives surveyed say that this is part of the top 3 priorities. For companies in the ranking, innovation goes hand in hand with investments since 80% of them plan to spend more in this area next year against only 39% of firms considered less innovative.

The technology sector and telecommunications still focuses a large part of the most innovative companies, some of which demonstrate an impressive ability to resist for years.

As the automotive industry, after a sensational breakthrough in the 2012 rankings, it confirms its potential for innovation with a total of 14 brands, including nine in the top 20.

Automakers are also at the heart of management’s attention because their investments in R & D and new product development have proliferated in recent years. New fuels, electric models and / or hybrid vehicles connectivity… the sector boosts more innovation.

The five key factors of innovative firms are:

– Leadership commitment: 90% of respondents citing their company as very innovative evoke a strong commitment to their leaders for innovation against less than 50% for those considering their business as little innovative.

– Putting consumers at the center of innovation: more than ¾ of highly innovative companies are taking advantage of consumer reviews to develop new products against 1/3 for those who are less advanced.

– Clear and efficient processes that are at the top of the rankings, innovation is inherent in their culture, their DNA, which allows them to create value over the long term. Moreover, we observe that half of the companies ranking are at least 50 years. A dozen can even trace its history back to the 19th century.