During the 20th century Greek shipping eventually developed as one of the most competitive players globally. Greek shipowners managed to establish their reputation as dominant players based on a well-structured positioning mix that has supported their efforts throughout the years. A variety of studies has been developed aiming to define what precisely supported Greek owners to build this successful entrepreneurial structure and which factor allowed them to obtain and sustain the competitiveness of the Greek shipping.

According to M. Porter ‘’competitiveness….’’

It would not be simplistic to say that at the end of the day the competitiveness is defined by profitability. (2) From the referred range of studies and publishes, the writer believes that the competitive strength Greek shipping companies is summarised into careful selection of Business (cost control) and investment (timing) strategies. (1) Thus, in this paper we are going to investigate to what extent Greek shipowners will be able to sustain their competitiveness in the long-run based on the above principles. Specifically, the paper is about to concentrate on analysing the fleet on the basis of:

Once again, the aim will be the overall evaluation of the long-term prospects of Greek shipping to sustain its competitiveness.

Historically, shipping has played crucial role for Greek people and it has characterised some of the most important moments of their history: during the Persian Wars and the battleship of Salamina, in the Greek revolution against Ottoman Empire in 1821, the Balkan Wars and the World War I the Greek ships played significant role and affected the citizens of the Greece and (in some occasions) the global status quo as well.

However, in our days when we refer to the Greek shipping we mean the great presence of the Greek shipowners to the global market. This presence was firstly established in dry bulk and the tanker (oil, products) sectors but lately we have strong signs of diversification into more sectors such as the container ships and the gas tankers.

It is better to set clear, in this paper when we refer to the term of ‘’Greek shipping’’ we actually discuss the Greek-controlled ships irrespectively of the company’s headquarters and the flag under the ships sail.

(3) The reason of this choice reflects on the following table which describes the attitude of the owners to flag out their ships. 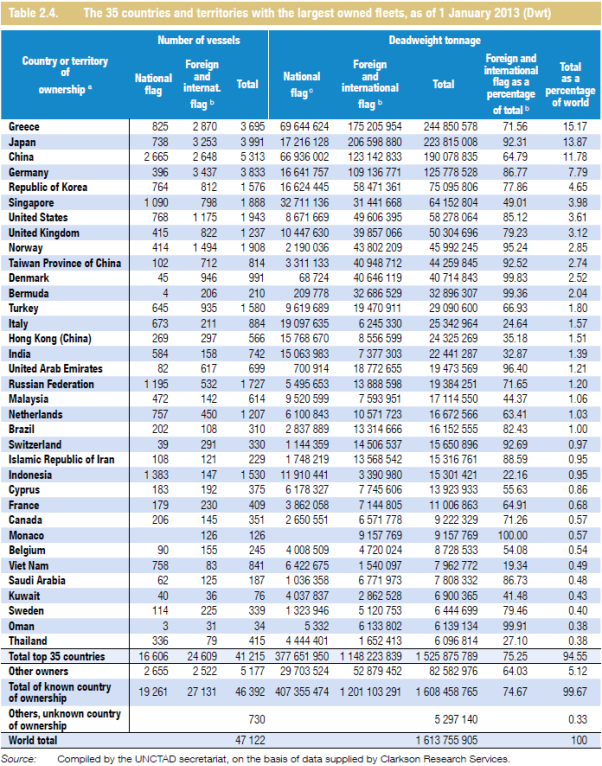 Figure 2, The 35 countries and territories with the largest owned fleets, as of 31st January 2013 (DWT)

Thus, according to the UNCTAD (2013 Report), only the 22.3% of Greek ships sail under the national flag when the remaining 77.7% sail under international flags. Hence, for the aim of the paper we will analyse the wider Greek-owned fleet instead of only focusing to the ship that are registered in Greece. Under that basis we can present the following statistical figures (which will be commented on the following part of this paper): 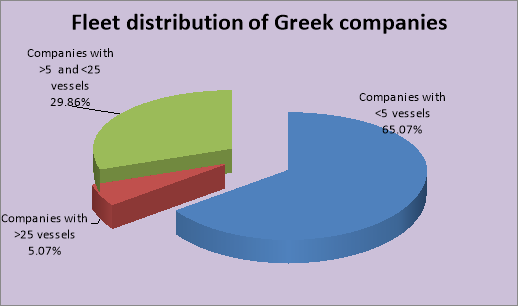 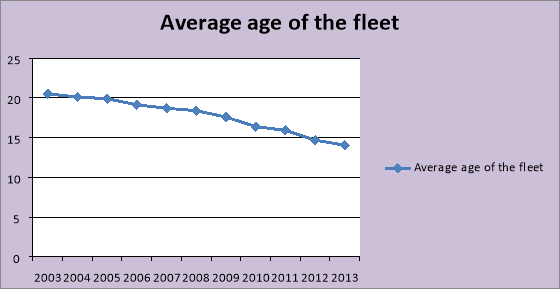 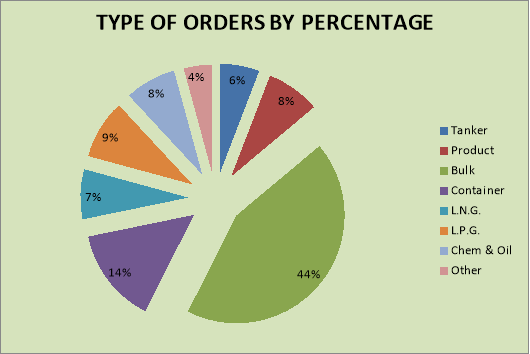 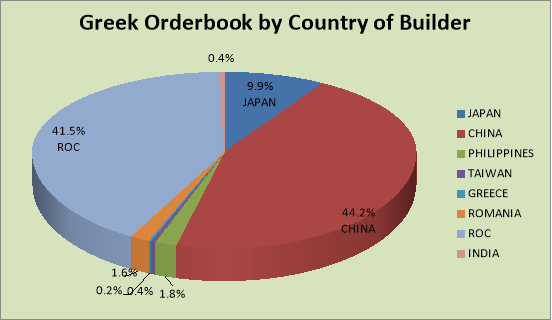 As it has been referred, there are 690 shipping companies (Petrofin) mainly under tight family management. In Figure 4 we observe that the majority of the Greek companies possess a small fleet of ships. This can be a result of taxation strategy or mainly can be driven by the attitude of shipowners globally to not risk the viability of their whole business if one of their ships faces problems with regulation or capital cost.

In the case of Greek shipping, the fragmentation of the market probably takes place for an extra reason: the majority of Greek shipping companies are family companies. Thus, there is a tendency that, after some years of experience in the family business, some members decide to build their own start-up business. This effort is supported by the knowledge gained previously and to the available capital. However, this attitude may contribute to the pluralism of the market and to promote Greek entrepreneurship but at the same time may trigger problems for the new companies which sometimes struggle to survive due to market reasons. More importantly, however, the new firms may be treated as undermining efforts against the family operations (4 Theotokas). Furthermore, it should be mentioned that small firms may be forced out of the business if they cannot attract sufficient financing.(5)

The most significant advantage of the traditional form of Greek shipping companies is the philosophy of cutting costs passed from one generation to other.(6) However, family members ought to be quite qualified to perform their duties and not placed in businesses exclusively for reasons of heredity. (7)

Another significant factor which has come under intense debate is the listing of Greek Companies to exchange markets. At the moment only the 6% of the total is listed, mainly in foreign exchanges (8,Petrofin).Listing can be used as a way of financing. However, Greek companies seek to find the ideal chemistry between a family-run company and a public outlet (9,Tsakos). As a third-generation shipowner A. Martinos quotes “a stock listed company has no head but a family company can move quickly with decision and authority” indicating a factor of flexibility for the Greek companies.

The positioning of the Greek shipowners has been outstanding throughout the years. The reason behind this success can amongst others be the human factor. The fact that the first generation shipowners had been in the sea gave the sophisticated know-how to the industry which has been transferred throughout years and generations.(Theotokas). The referred know-how enables the ability to minimise costs and the dare to invest when the market is low. Particularly, the ability of achieving good timing and good choices has allowed the Greeks to perform excellent the asset play, to turn negative momentum into fleet expansion and to obtain market share and huge capital.(A fleet for the…THAN 10)

The Greek Orderbook is one of the largest at the moment and as it is illustrated in Figure 6, there have been investments to multiple sectors. Specifically, we comment on the most interesting investments:

What is the propeller for a ship is finance for a shipping company.(Petropoulos 11)

Greek shipping has been significantly affected by the debt crisis which hurt violently the credit system and especially Greek banks which has been funding shipping business for decades. However, Greek shipowners managed to finance the modernisation of the Greek fleet (Navigating the financing storm 12) as it is presented in Figure 5. Obviously, once again Greek shipowners followed their tradition into anti-cyclical investing.

During the period we are going through, investments in shipping have been mitigated. While investors around the world were selling vessels, Greeks were buying second-hand ships and they were placing orders to renew the fleet cheaply.(John Psychas 12). Probably, Greek owners took advantage by the capital gathered from previous successful years. Moreover, the recent years they have been using a combination of traditional and latest methods of financing, following sometimes hybrid solutions. (Syriopoulos 13)

Another way of financing is listing. The majority of Greek shipowners realise the advantages of listing but seem reluctant to dare the change. It seems that this attitude is at last another point of strength for Greek shipping as traditional companies are based in their own capital to invest instead of raising financing in stocks market.( John Psychas 12)

It is important to be highlighted that during crisis Greek shipping created a ‘’major ally’’ which is the Chinese Banks which they gave financial motivation for construction of ships in Chinese shipyards.(Petropoulos Shipping and ship finance 14). Chinese lenders decided to promote local shipping industry and Greek shipowners took advantage of a $10 billion fund for funding Greek orders in Chinese shipyards under competitive terms and interest (Bardounias 15). This trend is also illustrated in Figure 7.

It seems that once again Greek shipping followed the traditional attitude of anti-cyclical investment which can probably guarantee long-term competitiveness in terms of capital cost. Specifically, in the dry bulk sector Greeks will be able to play the asset game which has supported their success so far. The renewal of the whole fleet is a strong signal of an operationally healthy industry for the years to come.

However, the exposure of the owners to the container ship and gas tanker sector is a question mark which is not easy to be answered. If the market in these sectors will follow an upward in the near future then it is possible that in a few years we will discuss the diversification of the Greeks as another one outstanding strategic positioning. If not it is possible that this decision will be a very costly one and the diversification strategy will probably be abandoned in the future.

The human factor will continue to be on the forefront of the Greek fleet as the heritage of the market sense seems to have been successfully developed by the third generation of the shipowners’ families. On the contrary, what has been built throughout all these years has to be protected. Hence, the new generations have unavoidably to be well-educated and strict evaluated as to be able to manage the business. Nepotism has to be scrutinised I order to guarantee evolution and success.

The long-term competitiveness of the Greek shipping can be a reality under the optimum proportion of low-cost operation, sustainable management of traditional family businesses, targeted strategy towards financing and repeating of asset play. The diversification into new sectors can be the next competitive advantage of Greek shipping under the condition that the shipowners monitor the market closely and are adequately flexible and adoptable as to realise the different function of the multiple sectors.