In connection with the economic crisis of 2008/2009, the Bank of England tried to improve all economic indicators and boost the economy using regulations. Recent monetary policy is under discussion because of its influence on economic indicators and the change in forward guidance, which was implemented by central bank of the UK. In this assignment I will consider what people expect the changes of the policy to be. Moreover, I will be explaining how the policy will affect economic indicators such as interest rate, investment, income and market price. This assignment will cover quantitative easing policy and how it will work with forward guidance policy.

Explicit forward guidance is a tool of monetary policy which tries to eliminate uncertainty about the future path of the interest rate of the central bank for financial market participants, households and firms. It is simply a promise concerning future interest rates. Nowadays, Bank Rate is set at the level of 0.5 percent by the Bank of England (Bank of England, 2014). For the first time, Bank’s forward guidance policy was introduced by Monetary Policy Committee, which is led by governor of the Bank of England, Mark Carney, on 7 August 2013. The first version of this policy consisted of not raising the interest rate of 0.5% until level of unemployment will be 7% or less (Bank of England, 2013). In that time, unemployment rate made up 7.8 percent which was below than objective of the central bank (ONS, 2013).

Despite the aforesaid, the unemployment rate suddenly began to drop down and reached 7.2 percent in 19 February 2014 (ONS, 2014). The unemployment rate had been decreasing by 0.6 percent for 6 months. This change could lead to discouraged investors because of their expectations about soon rising of bank rate. It could lead to increasing saving instead of investments. Thus, if Bank of England would decide to decrease money supply in order to increase the interest rate, the money demand would decrease since people would not spend money preferring to save them. Hence, the interest rate would stay the same. Therefore, the policy has undergone some significant changes after 6 months, on 12 February 2014. In 12 February 2014, Mark Carney stated that new additional indicators such as wages, productivity and spare capacity within the economy would be added which would give confidence for the business world in the long term at least until early 2015. The central bank is going to fulfill its promise fixing the rate at the current level (0.5%) by fluctuating money supply. Gradually, slight increasing of interest rate is expected after spring 2015. In February 2014, anticipation of market run that interest rate would be 2 percent by 2017 (BBC, 2014). The central bank has two methods to accomplish this task: by controlling money supply or by controlling the interest rate. The easiest way of achieving new bank rate is first one which is an inflation-targeting approach. The following actions are available for Bank of England: to sell its securities to people and banks in the future, provide less credit to banks since the bank multiplier increases less initial sum of money or simply increase reserve ratio, to change components of assets from more liquid like bills to less liquid like bonds (Arico, 2014). As you can see, new indicators will give confidence to the business sector to invest money, where it will help to close an estimated output gap of about 1-1.5% of GDP (Milliken and Bruce, 2014). Moreover, decreasing of unemployment rate is forecasted to fall between 6% and 6.5% by 2016 (The Economist, 2014).

Bank rate will stay in the same level of 0.5% until the second quarter of 2015 since spare capacity exists in the economy. It means that all production factors such as labor, land and capital are not used in full power. According to David Milliken and Andy Bruce in 2014, spare capacity in the UK economy consists of slightly more than 1.5 percent of gross domestic product. Therefore, new indicators of capturing the current interest rate which was imposed in order to lessen this “hole” of economy. Furthermore, the interest rate will gradually increase within 2 or 3 years. “Carney said he agreed with comments from Deputy Governor Charlie Bean on Monday that rates were unlikely to exceed 2.5 percent over the next three years (Milliken and Bruce, 2014).” The forecast is that, even if the economy will achieve the former result of pre-crisis economy, interest rate will not be higher than 5 percent (BBC, 2014).

Investment is a momentous factor which influences on macroeconomic indicators such as national income. Monetary policy Committee is interested in ameliorating environment for such essential part as investment. In virtue of the low interest rate, which is 0.5%, investment will stay the same or will be higher than formerly, owing to getting good result in unemployment rate and not changing interest rate. Business sector will be definitely encouraged by this news which will help the rising of investment activity.

As I have said, interest rate will remain unchanged at least till spring 2015, since new corrections in monetary policy ought to give confidence for investors. It will stimulate companies which deal with investment activity to spend more and save less. After that, gradual increases in interest rate will be expected. However, it will not stop investment activity because people will be sure that economy will reach positive achievements by illustrating positive dynamics in such categories as increased unemployment rate and decreased spare capacity. Meaning that economy will be growing up. Thus, the investment will increase in any interest rate. Especially, it will work on persons who are influenced by expectation rather than “numbers” like interest rate which is an irreplaceable factor of Keynesian policy, since confidence will be more powerful because of positive expectations (Fig. 1).

Definitely, there will be people who will not invest their money to startup businesses, buying something new, and deposits at the banks. Thus, money will be not used to create more additional national output, since savings is a part of withdrawals, which will be increased whereas investment which is part of injections will be slightly increased or even unchanged thus this situation may weaken potential increasing output (Fig. 2).

By appearing a more comfortable environment for investment and increasing national output, aggregate demand will rise in the UK since investment is a part of aggregate demand. In the same time, market price for any product will also grow up. In the short-run, cost of production such as inventories and real wages will be raised because of soaring prices in the UK market, a consequence of increasing aggregate demand. Companies will have to decrease quantity supplied and increase prices of their products to deal with problems of increased costs of production, thereby aggregate supply will decrease leading market price higher than formerly (Fig. 3). This action will influence the increasing of the inflation rate, bringing distortion of inflation targeting policy, which is used by central bank in the UK. 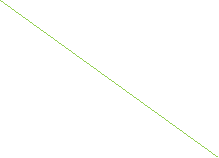 Nevertheless, forward guidance policy gives confidence not only today but also for future as it evokes credit and stability, in other words it can be useful in the long-term period. Accordingly, new technology and new ways of production will be implemented by manufactures due to investment which is increased thanks to the policy. With these changes, aggregate supply will also go up in the long run. Owing to this counteraction against increased aggregate demand, national output will increase while market price, especially inflation rate, will stay unchanged (fig. 4).

Commonly, cutting interest rate by central bank is a “first aid” tool for boosting economy by arousing investment and lending activity. Sometimes like in the current situation, it is not possible to set a lower bank rate. In this situation, the central bank has only a single variant by pumping money in the economy directly which is called quantitative easing (QE). By permission of the Treasure, the Bank of England creates money out of thin air, and then money simply is credited to the central bank account. Financial assets like government bonds are usually bought by central bank with newly printed money. Institutions from private sector which are banks, insurance companies and pension funds, sell their government bonds since central bank buys them for higher price making them non-profitable investment. Thus, these institutions get money for investment on firms and lending grants for private sector, so they are more profitable deals. If banks, insurance companies and pension funds increase lending credits to private sector, they should lessen interest rates, so more money is spent and recovery of economy increases. Theoretically, when the economy is recovered, the central bank sells bonds, which have recently been bought, and received money is eliminated by it. Hence, extra money, which has been created, will not exist in the long-run term (BBC, 2013).

Extra money which can be received with selling bonds assists in lending grants and making investment by banks and building societies. Moreover, an additional benefit to lending more credits is core equity capital ratio (liquidity ratio), which is set up at 7 percent (Bank of England, 2013). According to Prudential Regulation Authority (2013), “Once all of the largest eight UK banks and building societies have met a 7% core equity capital ratio, around £90bn could be released to support lending to the real economy.” With support of QE, banks and building societies have the possibility to spend more money on lending. In turn, financial sector easily can borrow money because of confidence which is given by using forward guidance policy. It can lead to increase national output; however it can lead to increase quantity of money, since low liquidity ratio can make more powerful bank multiplier. As a result of this assumption, Fabio Arico (2014) stated “the mechanism of credit creation is multiplicative as agents spend their loans and recipient agents deposit this money.” As it previously stated, money supply can be increased, hence it can diminish interest rate.

The first use of QE occurred between March and November 2009 by Bank of England and the sum of purchases assembled £200bn (BBC, 2013). National output was raised between 1.5% and 2% owing to well-timed intervention of central bank. Thus, QE showed real assistance in that time, nevertheless most of people did not even imagine how much it helped the UK economy. BBC economics editor Stephanie Flanders (2013) stated, “Quantitative easing may well have saved the economy from a credit-led depression. We will never know.”

In summary, forward guidance policy is best decision for accelerating speed of recovery of economy. It improve rate of investment by ruling expectations of business sector and stable interest rate. National income can be increased under effect of investment activity. Definitely, it has a disadvantage, as temporary increased inflation rate due to increase in market price. Forward guidance policy and quantitative easing are mutually complementary since forward guidance policy serves to give confidence for investors to take credits from the bank and quantitative easing gives means to the bank for lending them to investors. It has clearly been showed that monetary policy really acts in right way for supporting economy of the UK.