Employment Effects Of The Minimum Wage

The question involving how minimum wage impacts employment remains among the most broadly studied as well as the most controversial topic in the labor economics, by a corresponding difference in the political domain. Minimum wage regulations are a perfect example of price control; price controls distort the quality of services and goods. And limit transaction volume in the market spot. In the scenario of minimum wage, costs are assumed to appear in the way of reduced output and employment; conversely, the gains accrue mostly to those who often retain their works at a relative high wage rate. Research findings have showed that minimum wages lessen the jobs vacant to low-skill workers. The potential advantage of imposing higher wages often comes from the greater wages for affected employees, and some percentage are in low-income or poor families. The potential shortcomings are that the higher minimum wage can discourage workers from utilizing the low-wage, low-skill employees that the minimum wage is anticipated to help. If in any case the minimum wages lessen employment of low-skill employees, then minimum wage is not a “free lunch” in which to help low-income and poor families, but as an alternative pose a tradeoff that is of benefit for several against costs for others.

2. Effects of the minimum wages on employment.

According to Neumark and Wascher (1992), minimum wages lessens work for young adults and teens, with elasticity ranging from –0.1 to -0.2. Also, subminimum wages moderate misemployment effects. Conversely, some studies have shown that there is no direct relationship between minimum wages and employment, or even constructive effects. Card, Katz and Krueger (CKK) tries to reconcile these conflicting findings through challenging the results. Since study on minimum wages remains likely to affect policy decisions. Thus, the reconciling aspect is very vital.

Imposing a minimum wage has contrasting effects on work creation. Though it lessens demand for labor through raising the marginal price of employing a fresh employee, a greater wage increases the gap between the expected employments to returns relative to unemployment, encouraging additional search effort, on unemployed employees. By aggregating the intensity of searching workers, the minimum wage increases the quality of competitions amongst employers and employees, thus generating the surplus. If employees’ extensive search effort significantly improves the employer firm match quality, then work creation may not be severely affected besides may even increase. Nonetheless, if the demand-side influence dominates, then raising the minimum wage causes declines in employment.

2.1 Pros of the effect of minimum wage on employment.

Lots of low-wage, low-skill employees retain their jobs as well as earn higher salaries once minimum wages are amplified. Some research has not found that minimum wages result in fewer jobs. Living wage policies, for instance, those adopted by United States municipalities may help decrease poverty. In addition, targeted tax credit often does a great work of reaching the lowly than the minimum wages.

2.2 Cons of the effect of minimum wage on employment.

2.3 Discussion of cons and pros

Studies of minimum wages depict an economic labor market, especially for a single job, through an upward-sloping curve of labor supply (S) plus a downward-sloping curve of labor demand (D). There is an impeccable equilibrium wage, w, as well as equilibrium quantity following labor employed, L. by a binding- minimum wage, mw that is greater than w, fewer employees are used, this is attributed to two reasons. First, employer’s subset away from the currently more expensive labor as well as towards other inputs for instance capital. Second, since costs are greater with this brand new input mix, product costs rise, which later lessens labor demand. As a result, these two effects lower employment- Lmw. Below is a graph of the effect of minimum wage on employment (Neumark & Wascher, 2014). 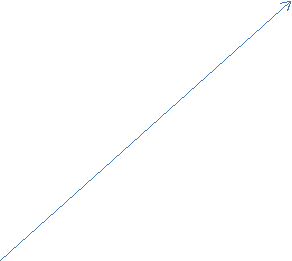 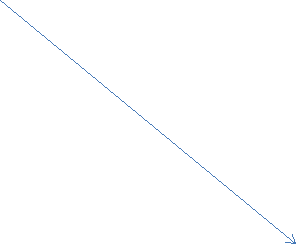 Imposing minimum wages lessens the demand for inexperienced or skilled workers and young persons and upsurge the demand for other alternative resources, for instance, skilled workers. If at any point skilled employees are in inadequate supply, for example, when a union regulates entry into the market, thus their wages will rise significantly since the demand for their skilled services expands. Diffuse as well as poorly organized individuals of unskilled employees who lose their works, or new candidates to the labor market who do not acquire jobs, appear to bear the utmost costs. These groups may be unaware of the various sources of their challenges. Even if they are aware, their concern is moderated by a wide-ranging system of government well-being benefits (Card & Krueger, 1994).

Some economists, for instance the CKK group, criticizes these findings into five areas, enrollment rates in schools, the specification of minimum wage variables, the measurement of coverage rate, evidence of utilization of subminimum wages and the role of protected minimum wage effects.

In enrollment rates, CKK raises the query, whether regression equations normally used to approximate minimum wage effects may include supply variables. They argue that, if at any case the minimum wages are not-binding for every of the observation of a data set, thus the supply variables may help determine employment. They argue that, it is partial evidence the eliminating school enrollment rates from employment equation is misspecification, then misemployment impacts of minimum wages are supposed to be stouter for teens as compared for young grown-ups, conversely, these holds only if the enrollment rate is incorporated. Besides, CKK’s claim that the enrolment rate is usually plus measurement error and is refuted by the sum of enrollment rate, moreover, employment rate is significantly connected to minimum wages as well as other labor market environments. More practically, there is a sizeable proportion of persons neither employed nor in school, besides this proportion is systematically negatively associated with minimum wages. They also note that, the assessments for younger adults is not sensitive to definition of enrollment rate, as well as that estimates correcting potential endogeneity of various enrollment depicts negative minimum wage impact on both young adults and teenagers specifications (Neumark & Wascher, 2000).

CKK criticize the traditional economist’s coverage rate on the basis that it does not measure coverage of young adults by state and federal minimum wage laws.

The presented evidence that a rise in coverage in 1985 for government sector employees did not end in employment regressions relative to trend, that they interpret as proof that their coverage measure is faulty, or the minimum wages have nil effect. Nevertheless, they claim that this is a bad experiment, due to the following reasons;

Furthermore, regressions at the national level, regulating for other variables that impact employment, and not limited to this specific coverage rise, it also indicates that greater coverage is related to the lesser employment of young people.

The lowest pay permitted by law does not raise the expense of enlisting specialists – it raises the expense of employing an hour of work performed by those laborers. Indeed, even inside the aggressive structure, businesses may decide to react to a lowest pay permitted by law increment by diminishing specialists’ hours, rather by decreasing the aggregate number of laborers on finance.

Another channel of conformity predictable with the aggressive structure is the likelihood that bosses may diminish their uses on occupation preparing for low-wage specialists. The exact confirmation is not decisive. In their survey of the late research on the lowest pay permitted by law and preparing, Neumark and Wascher (2007) compose: “Summing up the greater part of the proof on preparing, we can just infer that the confirmation is blended. Our own particular research has a tendency to discover negative impacts of least wages on preparing; however the majority of the other late research discovers little proof of an impact in either bearing.

Executives may react to a higher the lowest pay permitted by law by going on the added expenses to buyers as higher costs. In a simply aggressive economy, where all organizations are encountering the same increment in the process of childbirth expenses in light of a lowest pay permitted by law increment, monetary hypothesis predicts that at any rate a part of the expense increment will be gone through to purchasers.

A higher the lowest pay permitted by law might likewise spur laborers to work harder, autonomously of any activities by businesses to build gainfulness. As per “productivity wage” hypothesis, compensation over the aggressive business rate may evoke more prominent work exertion for a few reasons. As Card & Krueger (1994) have contended, higher boosts in compensation the expense to laborers of losing their employment, conceivably prompting more prominent exertion from specialists with a specific end goal to diminish their possibilities of being terminated. Card & David(2000), contending from a more sociological perspective, has proposed that specialists may see higher wages as a blessing from bosses, driving laborers to respond by meeting expectations harder.

If the mean young adults’ wage increases, because the actual worth of the minimum wage decreases. Therefore, the better test of Katz index is if it is directly correlated with the relative value of young-adult work and whether this direct correlation shoots from variations in minimum wage coverage. Therefore, the Katz index fulfills these conditions.

CKK also state that retrogressing employment figures on minimum wage coverage, somewhat than on minimum salaries compared to wages of elder workers, delivers better estimations of minimum wage impacts, and they illustrate that such estimations are positive. Although, the main misemployment impact of minimum wages will probably result from the replacement of elder, higher-wage employees for younger, less-wage employees, and the applicable price driving this replacement is the relative cost of these kinds of labor.

CKK also address analysis of Card’s (1992) research that uses the regional difference to research on minimum wage impacts. Particularly, it is argued that the existence of lagged minimum wage impacts biases the one-year first-difference approximations away from discovering misemployment effects. CKK state that by using two-year variances do not change the results. They point out, that using two-year variances is not same as presenting lags. And they show that, two-year differences obscure lagged Undesirable minimum wage effects.

CKK enquiries the conclusions concerning subminimum wages. They accrue that their plots of the wage circulation recording usage of subminimum salaries are misleading since the five-cent range is used as compared to exact figures. Nevertheless, the evidence recommends that this procedure do not give the unambiguous impression since maximum CPS respondents report hourly wage rates and are multiples of 5 cents.