Benefits Of International Trade To China

The purpose of this essay is to take a more in-depth look at International Trade and its relation to China. More specifically, this paper will respectively look at three theories of International Trade, respectively Comparative Advantage; Factor Endowment and Autarky to demonstrate the benefits, the blockage standing in the way of a propelling China. In the next section, the discussion will point to the political debate in relation to free trade between China and other countries, in order to clearly understand different point of view in this controversial topics. The method used to conduct this study are the case study “Job losses and off shoring to China” and further research were made.

The definition of Comparative Advantage was first mention by David Ricardo in his 1817’s book “On The Principles of Political Economy and Taxation”, and was later redefined by Rugman and Collinson (2009) as a trade theory which holds that nations should produce goods for which they have the greatest relative advantage. For example, hypothetically, Russia and the US both produce missile and aircraft. However, Russia can produce missiles with lower cost, higher technology and faster production than the US. But the US can make twice as much aircrafts comparing to Russia. So, Russia should focus on producing missiles where it has the comparative advantage and the US should specialize in making aircrafts due to the same reason. And then, the two country trade with each other. So at the end of the day, both countries are better off.

There are available evidence suggesting that the theory of comparative advantage does apply to China, as the country has a large and cheap labor force, comparing to the EU, US, Japan, Korea,…etc. It is called the labor-intensive industry. According to the World Factbook, China has the population of more than 1.3 billion people, about one fourth of the world’s population (CIA, 2015). Therefore, China held a great supply of cheap labor.

The data from table 1 was conducted by Wang (2005), showing that although China is accounted for massive percentage of world’s labor force, but only held 2% of the world’s capital, much lower than the US, the EU and Japan. And because of this low-cost labor force, China has been attracting more Foreign Direct Investment since the economic reform in 1978. From 2001 to 2003, the amount of FDI inflow increased from 49.7 to 56.1 billion US dollars (Chow, 2005). Chow (2005) also indicated that FDI brought physical and financial capital, technology and management skill and practice to China. This means that many manufacturers, employees, production chain,…etc from other countries has now moved to China, bringing in more job, more of an opportunity for China to grow. However, the story of low-cost labor in China has became a controversial topic since 2006, when the cost of labor in China rise. The data gathered by Yifan (2012), state that the annual wage doubled from 2006 ($3,279) to 2011 ($6,653).

“Even though wages have risen rapidly in the past five years, China’s labor cost still remains very low relative to the global level, and the supply of low-cost jobs is far from being depleted.” – Yifan (2012)

A smaller aspect included in the comparative advantage, the factor endowment, is also found in the case of China. Factor Endowment is the extent to which different countries possess various factors of production such as labor, land and technology (Weng, 2014). This theory of Heckscher-Ohlin suggested that a country will expand their comparative advantage based on the rich resource that they have. Although factor endowments can vary widely between regions, in the case of China, they have became the world’s largest manufacturer due to the fact that they have a large population, as mentioned above. Therefore, they are able to supply cheap labor to make competitive price products compare to other countries such as apparel, footwear, electronic machinery..etc. Famous brands even moved their production to China to take advantage of the much lower labor cost. National Presto, an US firm which made cookers and electric frying pans, entirely moved their production from New Mexico and Mississippi to China in 2003 (Rugman, 2009). National Presto’s general manager said while in the US, employees was paid hourly $7-$11, Chinese workers were paid weekly salaries of $5-$6 (Romo,2002). Each countries has a different factor endowment of their own, therefore, trading between countries would only help them gain more by allowing access to goods and services that they do not have or cannot produce efficiently (Edge, 2015). Although the success of China becoming the world’s manufacturer leader was also created by the government’s investment in infrastructure and manufacturing capacity (KPMG, 2013), the paper will not goes into details with this problems because of words constraint.

Over the years, Harvard’s professor Michael Porter have developed a more modern approach to comparative advantage. Mentioned in his 1990 book, “The Competitive Advantage of Nations”, the theory of national competitive advantage of industries or as popularly known as the “Diamond Model” theory. It was later defined as a theory that suggests that the competitive advantage of certain industries is different nations depends on four aspects that form a diamond (Weng, 2014). The four aspects that Porter proposed include Country Factor Endowment; Firm strategy, structure and rivalry; Domestic demand conditions and Related and supporting industries (see Appendix 1). The Diamond model can easily apply to China market. Specifically, the paper will be discussing China’s medicine industry in relation to Porter’s model. In the factor endowment aspects, apart from the large population in China, their medicine resources are also rich, in both variety and medicine value (see Table 2).

Moreover, since China had not been paying attention to the intellectual property right of Chinese medicine in the past, they have lost countless of rights and knowledge on their own product. Thus, they have been tightening their intellectual property right to stop foreign firms from legally violating this knowledge resources by finding loop hole in the Patent Law (Liu, Zhang & Xu, 2010). Secondly, the domestic market demand for medicine in China is constantly rising due to the fact that their population growth is quite high (CIA, 2015). An International Business Research has pointed out that 72% of Chinese consumers would accept Chinese medicines to Western medicines (Liu, Zhang & Xu, 2010), which helped to enhance the competitiveness of Chinese medicines industry. Thirdly, “China Price” is what make Chinese manufacturing competitive globally (Weng, 2014). But because they are so good at manufacturing, for example, medicine. Therefore, many other countries such as the US, Japan, Korea, Europe are trying to adopt their technology and knowledge and will create much difficulty for China to be on top of their game (Guo, 2003, p97-100). Finally, related and supporting industry to China’s medicine including machinery, R&D, wrapper, transportation, clinic,..Not to mention the benefits of using medicine to export to other countries.

Autarky is a situation where a country does not engage in any trade in that commodity with other countries (Basic Analysis of Autarky and Free Trade Models, p.1). In other words, Autarky means no trade to the outside world. In many of the countries this study mentioned above, there are no countries are now running on Autarky. Yet, China used to operating Autarky before the year 1978, then they changed for a number of reasons. Deng Xiaoping – a great reformer of China – called the open door policy in 1978 a bolder and faster move for China. The total foreign trade of China grow rapidly, from $20.6 billion in 1978 to $53.5 billion in 1984, indicate the unnecessary of Autarky policy for the country (Zweig, 2015). Furthermore, since China open the door for globalization, their comparative advantage took much greater effects, allowing China to develop much better than before.

Even though China is dedicated to trading, there are still barriers preventing the free flow of goods from foreign countries. Fear of job losses is one obstacle. In the topic “Should the US trade with China?”, more than 45% of people vote no, claiming that China is stealing jobs from the US (Debate.org, 2015). But statistically, the claim that they made is invalid. As table 3 demonstrated, the number of overseas relocation is even less that 2%, and not individually aiming at China. There are 92.9% of people leaving their jobs for unstated reasons. So if maybe the American would stop looking at China as the one who steal their job and start to look at the other reasons more clearly to be able to solve the problems, that would be better for the both of them.

Table 3: Outsourcing and job losses in the United States, first quarter of 2007

Although since China joined WTO, the country has been reducing its import tariffs to encourage import from other countries (HKTDC, 2015), there are still finding to put forward the claim that China treat US’s import in a discriminatory manner (Rugman, 2013). This situation created a controversial debate regarding trade with China. Recently, much of the debate revolves around the fact that China undervalued their currency on purpose to boost their domestic market but consequently sabotage many others. The Chinese Yuan was fixed at 8.28 to the dollar since 1994 (Rugman, 2013), dropped even more in 2015 with 6.21 to the dollar (XE, 2015). But, China has been taken action toward this criticism. The International Monetary Fund (2015) stated that “Appreciation over the past year has brought the exchange rate to a level that is no longer undervalued”. China’s Yuan, apparently has risen about 0.5% against the US dollar in the last year (Yan, 2015).

In conclusion, the open door policy in 1978 has been a major success in term of globalizing China. Witnessing the difference international trade theories that applied to China in order to propel its economic growth globally. Until today, the China still remain a success in reaching out to the world. But the condition for it success cannot be taken lightly. The policies undertaken by China is harmful to other countries that it trade with, underlining a big issues that needed to be solve before China can expand its market more. If this issues will not be focus on, it can become a major problem for China in the future. 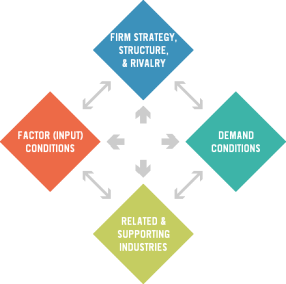