Dominic Barton’s article on the “Capitalism for the Long Term” and in particular his “Fight the Tyranny of Short-Termism” essentially asserts ‘there is a myopia plagues all Western institutions in every sector’ and in his article, he suggests solutions to potentially treat thus problem He believes that this short-sighted perspective leads to the crippling of corporations, and the economy and creates social problems.

Research that supports Barton’s claim of this pervasive myopia was presented during a conference hosted by Morgan Stanley in June 2011, where it was shown that the majority of chief investment officers from top asset management firms focused on short-term horizons that are disconnected from the organic process that typically value in businesses (Generation Investment Management LLP, 2012). In addition, former United States of America (USA) Vice-President, Al Gore said that ‘capitalism is coming under increased scrutiny and needs to change as short-term thinking has driven a wedge between investing and the creation of value for corporations’ and capitalism needs to change (Johan Carlstrom, 2013). This problem of short-term capitalism has attracted many institutional bodies such as International Monetary Fund and Harvard Business Review to conduct studies looking at its negative impact. The short-fall of short-term capitalism can be seen and felt most recently by the financial crisis in 2008 that saw the collapse of major firms such as Lehman Brothers and the lives of many employees and their families destroyed along with the economy (Financial Crisis Inquiry Commission, 2011).

However it is not possible to determine the true lasting advantages and disadvantages of long-term capitalism as it may not has not run its full course yet. Disadvantages may not be readily apparent initially and may end up being more potent as they have had more time to fester and snowball.

Barton makes a further assumption that all investors are short-term and thus value-orientated which is false because that is a sweeping judgement on a diverse group of investors, of which a notable example to the contrary is Warren Buffet. He also believes that because investors are value-oriented, they are the ones at the root of problem as they pressure the board and management to practise short-term capitalism too. There may be some truth in that value-orientated investors will lead to short-term management this creates a vicious cycle. In theory, the management should be autonomous but in reality their investors usually influence them. A case in point would be that Chief Executives Officers (CEOS) are pressured by their investors to meet quarterly targets for the company’s share price may depreciate if they fail to meet them. CEOs then go to great lengths to achieving them, even if it could damage longer-term health of the business (Tim Koller, Rishi Raj & Abhishek Saxena, 2013). As such, in order to avoid a conflict of interest, any board of directors should be fully independent (Lawrence & Weber, 2011). This is important as the board would then be able to choose what is best for the corporation and should they choose to practise long-term capitalism, they would need to filter out the growth-orientated investors from the value-orientated investors (Bill George, 2013). Hence, the board decides the type of capitalism they want to undertake and the type of investors they wish to attract. Thus, it is not the investors who determine the corporation’s take on capitalism and should not be where we start from to solve this problem of short-term capitalism as mentioned by Barton.

Another assumption that he makes is that ‘short-term capitalism is a tyrant that needs to be rid of for before the social contract between capitalist system and citizenry ruptures.’ The reality is that capitalism is by its very nature is governed by an inanimate non-living economic model and therefore cannot be corrupt. The misuse and abuse of the model by its users is to blame.

Clayton Christensen provides an alternative explanation – Businesses are created to meet demands and in exchange seek revenue. There are mainly two ways businesses can do that, they can either create empowering innovation which creates value or reinvest capital with capital but does not create any value. Reinvestment is obviously much faster than the creation of empowering innovations and as a result this is the choice of many firms (Royal Society for the Encouragement of Arts, Manufactures and Commerce (RSA), 2013). It is because of this choice, that the flow of value creation is broken (Refer to Appendix A) as reinvestment only serves to stagnate the economy (Clayton Christensen & Derek Van Bever, 2014). This flow broke when the professionals in finance started to advise companies on the fastest way possible to maximise profit margins. Hence, it is clear then that short-term capitalism, which was more beneficial than detrimental in the past, was ruined not because of what it is but rather the people who abused it.

Barton’s suggestion for the transformation to long-term capitalism by focusing on long-term results and removing short-term targets makes a grave assumption that is meritocracy can still function in this era of career-minded people. Using his example that financial firms ought to adopt an approach that encourages fund managers using favourable methods in achieving their benchmark targets, meritocracy may be an obstacle because by adopting favourable methods and merely achieving their targets, it will be hard for these career-minded managers to distinguish themselves from the pack (Emilio J. Castilla & Stephen Benard, 2010) and thus his suggestion will crumble over time. He also assumed that the reason why CEOs may take up actions that would damage the company’s long-term health in exchange for meeting quarterly targets is because of value-orientated investors. When in fact, the reason may simply be these CEOs are using the company as a stepping-stone to further their career advancement. This may then be the better explanation as to why the avenge tenure of CEOs has decreased from 1992 till now (Steven N. Kaplan & Bernadette A. Minton, 2008). So then we realise that even by changing from short-term to long-term targets, it may not solve the issue at hand because meritocracy needs to be improved upon.

On top of the need to evaluate the relevancy of our current version of meritocracy, another underlying assumption that he made when he said that we should look towards long-term capitalism and to move away from short-term capitalism is actually the relevancy of capitalism in today’s world. Taking into account of all available psychological research Daniel Kahneman, 2011) and living in our technology dependent world, many economic models that are proving to be outdated (Steven D. Levitt & Stephen J. Dubner, 2005). By this reasoning, capitalism, which is actually governed by the many economic models, may no longer be relevant today and should not be the default model used even though it is widely accepted because it generates capital. However, there are no other appropriate models available, then perhaps modification and adaption of capitalism to keep it relevant in today’s context is the way forward.

Barton proposed on first focusing on the people who provide capital first as they account for 35% of the world’s financial assets. Aside from the above-mentioned points, he is actually suggesting that these investors should take up a growth-orientated mentality. Realistically speaking, only major investors have the ability to influence the management team’s view on capitalism. It is difficult to convince them as these investors are unlikely to forsake guaranteed instant returns in exchange for less guaranteed future returns even if it may be higher. Investors being rationale beings would seek what is best for them and they may weigh that uncertainty too risky for that slight increase in return.

He also suggests that firms should not encourage employees (fund managers) to meet the high benchmark indexes if the employees use favourable methods in achieving those targets. This is a noble proposal but unfortunately would collapse in the working world. The reason would be because firms use benchmarks to evaluate one employee against the other. In addition, favourable methods can easily be facades of unscrupulous methods as employees pit against each other to meet or beat the benchmark indexes. These methods, whether favourable or not, can only be evaluated at a later date. By then, the damage may already be irreversible. The definition of favourable is open to multiple subjective interpretations. This may result in employees may result in employees being unsure of what is allowed and as a result standards may be sub-par or may even result in a uniform standard of work produced, which would result in the failure of the incentivized promotion system. All of this is under the assumption that everyone has high moral standards. In this era of career-minded people, it is also high unlikely that they will settle to be an average Joe for the sake of long-term capitalism as they will strive to be different by achieving higher benchmark indexes.

His assumption that there is something wrong with the current system (short-term capitalism) in place now is founded but the methods in which he employs to tackle the problem, in my opinion, are only scratching the tip of the iceberg. Actions need to be taken, but to create a noticeable difference, the actions cannot target certain groups or firms with wrongdoing policies but must target the fundamentals such as the validity of meritocracy and capitalism.

We should focus on fixing the fundamentals of meritocracy and adjusting capitalism to make it relevant to today’s context by reviewing the economic models, which they are based upon. Thereafter, then we should heed the Barton’s suggestions on transferring from short-term to long-term capitalism, if capitalism is still deemed to be a relevant economic model for our modern world. 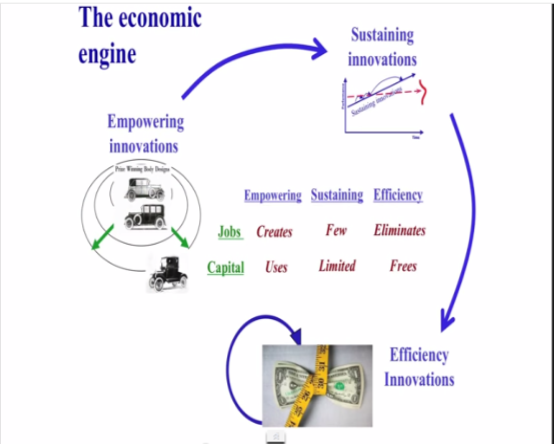