WHAT IS ANTI INFLATIONERY BUDGETARY POLICY? EXPLAIN ITS PROS AND CONS .

Budget is the planned expenditure of the government programs and the expected revenues from the taxes. A budget is a quantitative expression of a plan for a defined period of time. It may include planned sales volumes and revenues, resource quantities, costs and expenses, assets, liabilities and cash flows. It expresses strategic plans of business units, organizations, activities or events in measurable terms.

Budgetary policy refers to the government attempt to run a budget in equilibrium or in surplus. It aims to reduce public debt. The purpose of the policy is to provide the framework for ensuring responsible monitoring , reporting and controlling of financial performance . 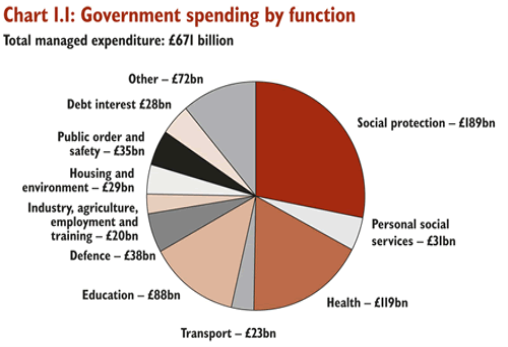 However, in practice, it is difficult to achieve full employment. As the factor markets are not perfect, factor units may lose their jobs and may not get the new jobs immediately.

1) ALLOCATION – The first major function of budgetary policy is to determine exactly how funds will be allocated. This is closely related to the issues of taxation and spending, because the allocation of funds depends upon the collection of taxes and the government using that revenue for specific purposes. The national budget determines how funds are allocated. This means that a specific amount of funds is set aside for purposes specifically laid out by the government. This has a direct economic impact on the country.

2) DISTRIBUTION – Whereas allocation determines how much will be set aside and for what purpose, the distribution function of fiscal policy is to determine more specifically how those funds will be distributed throughout each segment of the economy. For instance, the government might allocate $1 billion toward social welfare programs, but $100 million could be distributed to food stamp programs, while another $250 million is distributed among low-cost housing authority agencies. Distribution provides the specific explanation of what allocation was intended for in the first place.

3) STABILIZATION – Stabilization is another important function of budgetary policy in that the purpose of budgeting is to provide stable economic growth. Without some restraints on spending, the economic growth of the nation could become unstable, resulting in periods of unrestrained growth and contraction. While many might frown upon governmental restraint of growth, the stock market crash of 1929 made it clear that unfettered growth could have serious consequences. The cyclical nature of the market means that unrestrained growth cannot continue for an indefinite period. When growth periods end, they are followed by contraction in the form of recessions or prolonged recessions known as depressions. Budgetary policy is designed to anticipate and mitigate the effects of such economic lulls.

4) DEVELOPMENT – The fourth major function of budgetary policy is that of development. Development seems to indicate economic growth, and that is, in fact, its overall purpose. However, budgetary policy is far more complicated than determining how much the government will tax citizens one year and then determining how that money will be spent. True economic growth occurs when various projects are financed and carried out using borrowed funds. This stems from the belief that the private sector cannot grow the economy by itself. Instead, some government input and influence are needed. Borrowing funds for this economic growth is one way in which the government brings about development. This economic model developed by John Maynard Keynes has been adopted in various forms since the World War

1. AGGEREGATE DEMAND – One of the key benefits of budgetary policy is the ability to influence aggregate demand. During economic contractions, increases in government spending and reduction in taxation can increase the level of economic output and support employment. Conversely, during economic expansions, decreases in government spending and increases in taxation can slow down an overheating economy. One drawback of budgetary policy is the time lag between selecting a fiscal policy and influencing the economy due to the need for Congressional approval.

3. INTEREST RATE AND CROWDING OUT – Government spending and taxation choices will have an impact on the level of interest rates prevailing in the economy. In the case of expansion in budgetary policy, the government must borrow and compete for loans with private borrowers such as individuals and corporations. This results in higher interest rates and a reduction in private investment. Consequently, policymakers must weigh the drawbacks of reduced private output when pursuing expansion in budgetary policy.