A literature review is a concise overview of what has been studied, argued and establishes about a topic, it also entails about the major findings as well as reviewing the tools and techniques used by the previous studies. This chapter provides review of related literature associated with Work Life Balance of individuals employed in Nepalese Airline Companies. This chapter is divided into two sections. The first section consists of an in depth review of major literature and related theories. The second section presents a brief review of empirical works associated with perception of WLB and work satisfaction of employees of Nepalese Airline Companies (work-family conflict, family work conflict, family satisfaction and psychological health). The literature review has been organized under:

a. Review of major literature and related theories

b. Review of Nepalese Literature

The literature review demonstrates some of WLB definitions. Clark (2000) describes WLB as “satisfaction and good functioning at work and at home, with a minimum of role conflict”. Clarke, Koch and Hill (2004) stated that WLB is an “equilibrium or maintaining overall sense of harmony in life”. Greenhaus, Collins, & Shaw (2003) defines WLB as “the amount of time and the degree of satisfaction with the work and family role”. Frone (2003) presents a four-fold taxonomy of work-life balance, in which WLB is described as “low levels of inter-role conflict and high levels of inter-role facilitation”. Grzywacz (2007), Yavas andÂ  Babakus (2010) believed that WLB is an “accomplishment of role-related expectations that are negotiated and shared between an individual and his/her role-related partners in the work and family domains.

The majority of research on the correlation between work and family life refers to WLB and organization policies or organization culture or Human Resource management or work commitment or absenteeism or gender equality or family life (Casper, et al., 2007). There are a number of studies examining WLB and workers wellbeing. These studies however were mainly conducted in the United States (Grzywacz & Marks, 2000) the United Kingdom (Wise, Bond, & Meikle, 2003), Australia and New Zealand (Bochner, 2003). In addition, several researchers (Greenhaus, Collins & Shaw 2003); (Grzywacz & Marks, 2000) noticed that work and family literature, while assessing relationships between work and family domains, considers family life as time spent with a spouse and children, ignoring other important aspects of family, such as time spent with parents, siblings and other relatives.

Grady, McCarthy, Darcy andÂ  Kirrane (2008) stated that the term ‘work-life balance’ is more comprehensive and includes “family, community, recreation and personal time”. As stated by Dhas (2015) WLB in its broad sense captures all aspects of employees’ personal and work life; this suggests that WLB should be focused on individuals, families, workplaces, communities, and society as a whole. Several theories have been proposed by researchers to explain WLB. Clark (2000) presented a border theory according to which family and work domains are separated by borders which could be physical, temporal or psychological. Whereas, Edwards and Rothbard (2000) and Lambert (1990) referred to compensation theory according to which workers try to find more satisfaction in one domain to compensate for the lack of satisfaction in the other domain.

However, Rothbard and Dumas (2006) and Grzywacz and Marks (2000) refer to spill-over theory according to which any feelings, emotions, attitudes and behaviors generated in one domain can be transferred or ‘spilled over’ into the otherÂ  domain. Repetti and Crosby (1984), Rubin and Babbie (2010) and Grzywacz and Marks (2000)Â  proposedÂ  more conceptual models where WLB can be measured by work-family and family- work conflict as well as work-family and family-work enhancement. Grzywacz and Marks (2000) implemented Bronfenbrenner’sÂ  ecologicalÂ Â  model which suggests that work-family experience is a joint function of process, individual, time and context characteristics, and does not restrict the experience to either negative or positive (Bronfenbrenner, 1979).

Clark (2000) explains that focus on the domains of work and family is essential, as family and work are the most important elements of everyone’s life. Any competing demands of work and family life will cause conflict and negatively affect the wellbeing of workers (Persons & Bales 1955), (Frone, 2000). Piotrkowski (1979) and Clark (2000) agree that measurable aspects of WLB are satisfaction, lack of role conflict and an overall sense of harmony. Greenhaus, Collins, and Shaw (2003) and Pallant (2013) believe that balance between family and work domains also involves time balance, involvement balance, and satisfaction balance. Frone (2003) and Piotrkowski (1979) states that the measurable four aspects of the balance between work and family roles are:

As these components have bi-directional effects on work and family domains, participation in the work role may interfere or enhance the performance in the family role, and vice versa, participation in the family role may interfere or enhance performance in the work role (Eagle, Miles & Icenogle, 1997), (Frone, 2003), (GrzywaczÂ  & Marks, 2000), (Frone, 1992), (Greenhaus & Beutell, 1985), (Grzywacz, Almeida & McDonald, 2002).This study refers to the definition of WLB presented by Clark (2000), Eisenhardt (2012), Wilmot andÂ  Hocker (2001) who believed that WLB is achieved when there is no role conflict, and when people are satisfied with their work and family roles. This definition seems to be the most relevant to this paper, as participants’ WLB and work satisfaction was measured using work family conflict, family-work conflict, family satisfaction and psychological health. Any competing demands of work and family life will cause conflict and negatively affect the wellbeing of workers (Frone, 2000), (Clark, 2000). Clark (2000) explained that WLB is influenced by physical borders (workplace walls), temporal borders (working hours) and psychological borders (behavior and thinking patterns) between work and family settings. People cross these borders and “make daily transitions between these two settings, often tailoring their focus, their goals, and their interpersonal style to fit the unique demands of each”.

Clark (2000) argues that keeping work and family lives separate enables the management of work and family borders; however integration of work and family lives eases transitions between those two domains. Each of these two approaches can improve employees’ well-being. This however is influenced by individuals’ preferences in terms of separation or integration. Clark (2000) found that higher flexibility and lower penetrability between work and family domains can result in lower work-family conflict. This again depends on individuals preferences regarding segmentation and integration. Research conducted by Fink (2009), Hill and Buchan (2005), Grandey, Cordeiro and Crouter (2005), Grandey and Cropanzano (1999) showed that high integration of work and family domains can lead to negative consequences, as high flexibility can blur the boundaries between those two domains. Flexible, integrative work-family arrangements can improve WLB by enabling employees to spend more time with their family. At the same time, when these integrating arrangements are so high that they blur work-family boundaries, they can worsen WLB and lead to higher work-family conflict, higher dissatisfaction with work and family life, and higher levels of stress or depression (Clark, 2000), (Hill et al, 1996).

2.1.1 Review of related theories.In this section, theories and concepts developed previously relating to Work Life Balance and its sub factors will be reviewed.

Coser (1993) stated that the micro level studies the individual, and from his or her behavior seeks to draw inferences about collective behavior. Psychologists, social psychologists, and socio biologists locate the cause of conflict behavior in human nature either in the imperatives of survival that have programmed forms of aggressive and defensive response, or in individual aggressive impulses triggered by personality dynamics, such as ego need, frustration, and the projection and displacement of inner anxieties onto others (Levine, 2015)

Sociologists, anthropologists, political scientists, and organization and communications theorists adopt the macro approach to conflict (Giddens, 2003). They hold that collective conflict behavior is not the product of individual behavior, but behavior socially induced either by a sense of collective grievance or by national leaders for purposes of defending the national territory or defeating another nation (Adorno, 2002).

Tajfel (1979) explained that two groups may compete for scarce status, power, or resources without being in conflict. According to Coser (1993), conflict may have a positive social function. Some political scientists have asserted that conflict may be an unavoidable characteristic (Pondy, 1967). Conflict theory must take account of the motivation and perception of individual leaders and decision makers and to the extent that individual employees are engaged in the conflict by conscious appeals to their beliefs, the micro-level approach to conflict theory remains highly important to any comprehensive theory of conflict (Robbins, 2001).

On the other hand, according Grandey, Cordeiro and Crouter (2005), men are unlikely to use this information to form work attitudes, because they are less likely to experience a threat to self if the job interferes with family time. Alternatively, at the turn of the twenty-first century, when dual-earner couples are common and women make up between 45percent and 50percent of the workforce in Westernized countries (US Bureau of Labor Statistics, 2002), (UK National Statistics, 2002). Waldron (1989) emphasied that the context-specific role expectations for men and women have changed.Â  The studies conducted by Grandey (2005) in US, college students have been gradually less likely to endorse traditional gender role views about work and family.

In fact, the extent of WIF and FIW have been found to be similar for men and women, despite gender role theory hypotheses that women experience more WIF and men more FIW (Eagle, 1997); (Groves, 2008); (Gutek, 1991); (Halpern, 2005). In contrast, perhaps men and women do not differ in their reactions to WFC, perhaps when both partners are working; they will equally resent their jobs if work interferes with family (WIF) and appreciate their jobs if this is not the case (Grandey A. C., 2005). Consistent with gender role theory, several studies have supported the proposition that the relationship between global WFC and job satisfaction is stronger for women than for men. This may be spurious, however, because work characteristics may be different for women than for men on average, influencing both WFC and lower job satisfaction (Wayne, Musisca & Fleeson, 2004).

The study completed by Tamang (2008) seeks to explore the causes that influence individual’s work life balance and its effect. This study was performed due to increasing number of day care centres in Kathmandu which shows Nepalese employees are looking for balancing their work and life domain. The researcher found that in one of the day care centres located at Kathmandu named Stepping Stone Pre-School takes care of 30-35 children some of them aged below 1 year as well. Children arrive early in the morning stay there till evening. With this regard, the researcher’s primary focus was to explore the condition of work life balance in the Nepalese context. The study examines the work life balance and its cause and effect through a survey conducted during 2008 in nine different stars hotels of Kathmandu, Nepal. Employees of these hotels were surveyed to determine the level of work and family stressors as antecedents, balancing between work and family, and organizational commitment as consequence of work life balance. Descriptive statistics were used to explore the condition of work life balance. Regression analysis was also used to examine the cause and effect relationship of work life balance (Tamang, 2008)

In the study of Tamang (2008) the following theoretical framework was used: 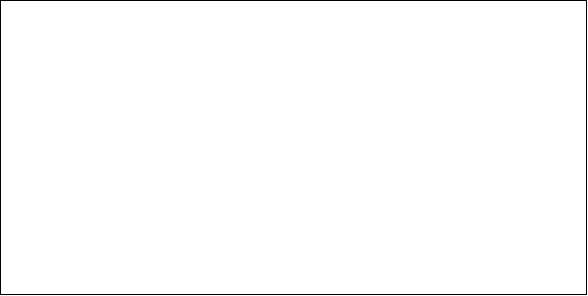 According to Tamang (2008), the following has been discovered: